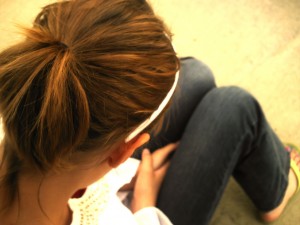 The term “Post Abortion Syndrome (PAS)” was first used on record in 1981 during a U.S. Senate Subcommittee hearing on abortion and the family. Psychologist Vincent Rue testified that, per his observations, the stress of abortion could lead to post-traumatic stress disorder. He suggested PAS be used to describe and classify stress disorders related to abortion. Not surprisingly, the term has been embraced by those who oppose abortion, and rejected by those who support abortion. Both have a vested interest in their position, even though the morality of abortion has nothing to do with whether or not it causes emotional anguish to the aborting mother.

In 1988, Surgeon General C. Everett Koop was tasked with preparing a report on the effects of abortion on women’s health. Koop’s biography, on the National Library of Medicine website, describes his efforts this way:

As had become Koop’s practice in drafting reports, he personally interviewed experts, activists, and people directly affected on both sides of the abortion controversy. He found that, even more so than in the debate over AIDS, the politics of abortion skewed scientific approaches. Researchers allowed the design of their studies as well as their results to be influenced by their moral and political commitments in regard to abortion. Koop concluded that there was no unbiased, rigorous scientific research on the effects of abortion on women’s health that could serve as the basis for a Surgeon General’s report on the issue.

His official statement concluded that “the available scientific evidence about the psychological sequelae of abortion simply cannot support either the preconceived notions of those pro-life or those pro-choice.” The ambivalence of Dr. Koop has not kept abortion advocates from unequivocally stating that abortion has no negative effects on a woman’s mental health. Planned Parenthood’s fact sheet, The Emotional Effects of Induced Abortion calls, Post-Abortion Syndrome a “non-existent phenomenon” manufactured by “anti-family planning activists”. To justify these remarks, they point out that PAS is not officially recognized by the The American Psychological Association or The American Psychiatric Association. What they don’t point out is that the American Psychiatric Association is an organization radically committed to abortion rights. The APA officially opposes any measure that might limit or restrict the availability of abortion in any way, calling abortion “a mental health imperative”. A 2008 press release from their President, Nada Stotland, M.D., reads like a Planned Parenthood propaganda piece. She writes:

Her comments refer to an August 2008 report released by the American Psychology Association called Mental Health and Abortion. Note her assertion that the negative feelings women often have after an abortion should not be deemed “illnesses” and her claim that these negative feelings might stem from exposure to “pro-life” demonstrators. Does this sound like a neutral medical observer or someone who might be interpreting data to fit an existing ideology? If you’re not sure, consider the way she rationalizes the necessity of abortion further on in her press release:

Women have abortions because they understand the importance of good mothering; they want to have wanted babies and to be able to give those babies what they need to grow up loved, healthy, and happy.

Apparently, she is arguing that the reason women kill their children through abortion is because they understand how important it is to be a good mother! They “want to have wanted babies”, but since they ended up with “unwanted” babies, they abort them in the service of love, health, and happiness. President Nada wraps up her remarks this way:

Decisions about reproductive health should be made between a woman, her family and her doctor. The best way to protect the mental health of women considering abortion is to ensure that they have accurate, unbiased information, receive good medical care, and are given support by family and friends whether they decide to continue or terminate their pregnancies.

This is verbatim Planned Parenthood speak. Abortion should be left up to a woman and her family (as long as “family” doesn’t include the biological father of the baby, who has no legal means of preventing the abortion, or the parents of a minor daughter, who are often equally powerless to prevent the death of their grandchildren). As to the necessity of “offering accurate, unbiased” information, does this claim strike you as odd in light of the fact that Planned Parenthood does everything they can to shield their clients from any information that might paint abortion in a negative light? Note that Abort73 regularly links to the arguments and rationale of our ideological opponents so visitors can evaluate their claims against our own and decide for themselves. Does Planned Parenthood ever link to any “pro-life” information, so women can hear both sides of the story? Never.

Should it be any wonder that President Nada and the American Psychiatric Association can find “no convincing evidence” linking abortion to a general increase in psychological trauma since their operational presupposition is that easy access to abortion is a “mental health imperative”? Their claims become even more questionable in light of what the 107-page report actually contains. This is how the report by the APA Task Force on Mental Health and Abortion (TFMHA) responds to the question, “Does abortion cause harm to women’s mental health?”:

[This] question is not scientifically testable from an ethical or practical perspective. (87)

[These] questions obscure the important point that abortion is not a unitary event, but encompasses a diversity of experiences. (87)

Right out of the gate, the TFMHA report states there is no way to measure whether abortion harms a woman’s mental health, and they follow this up with the assertion that even when post-abortive women exhibit mental health problems, these problems might be tied to other things. How, then, does either organization feel confident in asserting that abortion, in no way, increases a woman’s general likelihood of suffering mental trauma? Let’s get to the specifics. Perhaps that will help clarify.

The TFMHA report evaluated 50 published papers that appeared in peer-reviewed journals between 1990 and 2007. These papers “analysed empirical data of a quantitative nature on psychological experiences associated with induced abortion, compared to an alternative.” In other words, the studies compared the mental health of women who have had an abortion with women who haven’t. Ten of these papers were based on the secondary analysis of medical record data sets. The one deemed the most “methodologically rigorous” by the TFMHA was a Finnish study (Gissler et al., 2004b). The AMATF report summarized the findings this way:

Across both the Medi-Cal and Finland record-based studies, a higher rate of violent death (including accidents, homicide, and suicide) was observed among women who had an abortion compared to women who delivered. This correlational finding is consistent with other evidence indicating that risk for violence is higher in the lives of women who have abortions and underscores the importance of controlling for violence exposure in studies of mental health associated with pregnancy outcome. (88)

In other words, even though women who have had an abortion are more likely to commit suicide or die in a violent assault than women who haven’t, this might owe to the fact women who have abortions are often subject to greater risks of violence in the first place. Therefore, the AMATF rejects the relevancy of this study. The next 15 papers examined were studies built on the analysis of public data sets. According to the AMA report, the most rigorous of these studies (Fergusson et al., 2006) examined a representative sample of young women in Christchurch, NZ. The AMATF report concludes:

Despite commending the methodology of the study, the TFMHA rejects this conclusion as well, largely because “wantedness” was not a control factor – their assertion being that most women who carry to term, want a baby, whereas most women who abort, don’t want a baby. Because of this, they argue, women who give birth to a “wanted” baby will naturally be in a better mental condition than women who abort an “unwanted baby”.

The data in nineteen of the studies examined was specifically collected so as to compare women who have aborted with women who haven’t. The TFMHA deemed only one of these scientifically sound – a 1995 UK study (Gilchrist et al.). The structure of the study is similar to the 2006 New Zealand study, but concludes that abortion does not increase the risk of psychiatric disorder. The TFMHA argues that the 1995 UK study is more reliable because it sampled more women, did not restrict the sample by age, and factored out “wanted” pregnancies. As such, this 1995 study from the United Kingdom became the linchpin in the overall conclusion of the American Psychological Association report:

Based on our comprehensive review and evaluation of the empirical literature published in peer-reviewed journals since 1989, this Task Force on Mental Health and Abortion concludes that the most methodologically sound research indicates that among women who have a single, legal, first-trimester abortion of an unplanned pregnancy for non-therapeutic reasons, the relative risks of mental health problems are no greater than the risks among women who deliver an unplanned pregnancy. This conclusion is generally consistent with that reached by the first APA task force (Adler et al., 1990). (92)

Ironically, this assertion comes despite a significant concession made just 2 pages earlier. It reads as follows:

[In order to ascertain the] prevalence of mental health problems among women in the United States who have had an abortion, [adequate research must at minimum include:] (1) a clearly defined, agreed upon, and appropriately measured mental health problem (e.g., a clinically significant disorder, assessed via validated criteria); (2) a sample representative of the population to which one wants to generalize (e.g., women in the United States); and (3) knowledge of the prevalence of the same mental health problem in the general population, equated with the abortion group with respect to potentially confounding factors. None of the studies reviewed met all these criteria and hence provided sound evidence regarding prevalence. (90)

So where does all this leave us? Right back where C. Everett Koop left us in 1988. No matter what anyone might say, there is no way to scientifically “prove” that abortion does or does not increase the likelihood of mental trauma. There are too many ways to read the data, and too many ways to throw out undesirable results. For our part, we are equally unequipped to conclusively demonstrate the relationship between abortion and mental trauma, but we can provide a host of unsolicited real-life testimonies from women who have had abortions. At the very least, it is safe to say that abortion has not been a positive experience for the vast majority of these women. Though the morality of abortion is not affected by the influence it has on mental health, the misery of these women should not be overlooked. Perhaps a simple, common-sense question can reveal to us what science cannot. Are women more likely to regret having a child, or more likely to regret having an abortion? Even without a peer-reviewed, medically-published study, the answer should be obvious.

Vincent Rue, “Abortion and Family Relations,” testimony before the Subcommittee on the Constitution of the US Senate Judiciary Committee, U.S. Senate, 97th Congress, Washington, DC (1981).